Everything You Need to Know About Porch Pirates

Everything You Need to Know About Porch Pirates

Porch piracy is a relatively new crime facilitated by the rise in online shopping. Criminals who perpetrate it may consider it a victimless crime, but it is anything but. The thing about these criminals is that they work in particular ways. So if you familiarize yourself with how they operate, you can do things to stop them. 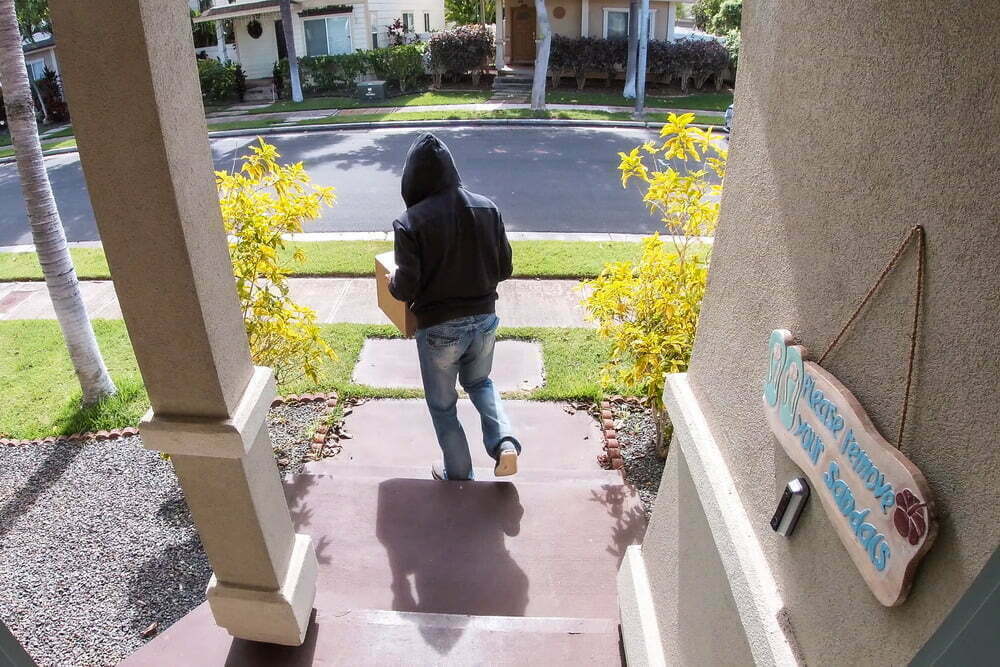 Unfortunately, the crime of porch piracy does not discriminate. It is as likely to happen in a small town as it is in a major city. Take Henderson, Nevada. It is by no means a booming metropolis like Houston or Chicago. And yet, porch pirates operate as freely in Henderson as anywhere else.

The first thing to know about porch pirates is that their crimes are crimes of opportunity. Simply put, there is nothing for them to steal from homes that don’t have packages left by the front door. Porch pirates are criminals with a particular target in mind: packages left by UPS, FedEx, the U.S. Postal Service, etc.

This suggests that the best way to protect yourself is to not give these thieves the opportunity. In other words, avoid having packages left at your home if you can. Instead, have them delivered to your workplace. If that’s not possible, work out an arrangement with a neighbor, family member, or friend willing to accept your packages during the day.

Next, understand that porch pirates tend to work very quickly. Though there are exceptions to the rule, your average thief does not spend time lingering over the packages he or she is about to steal. Instead, he/she grabs and goes. It is more important for this person to get the packages and get away quickly than figure out what they are stealing. There will find plenty of time for opening packages and discovering their contents later.

The speed at which porch pirates work suggests that you can deter them by slowing them down. Putting extra time and work into getting your packages only increases the chances of getting caught. Take a lockbox, for example. A porch pirate could eventually break into one, but it would take too much time and draw too much attention. Any potential reward for breaking into a lockbox is not worth the risk of getting caught.

Porch pirates, like their counterparts in the burglary business, prefer vacant homes. Their chances of being caught go way down when no one’s home. This is why Vivint Smart Home, a nationwide home security and automation company, recommends video doorbells.

A video doorbell is not guaranteed to chase away porch pirates. But it does have one advantage a straight-up security camera lacks: onboard audio capabilities. In other words, you can actually communicate with people standing at your front door through your video doorbell.

If your doorbell alerts you to someone approaching, you do not have to settle for helplessly watching the video in hopes that you will not be victimized by a criminal. Instead, you can actually communicate with that person in real-time. Once a potential porch pirate hears your voice, he/she must consider that you might be standing on the other side of the door.

Any chance that you could be home is reason enough to turn and run. But, again, there are no guarantees here. But communicating via onboard audio tilts things in your favor.

In closing, the last thing to know is that porch pirates are cowards. Give them any reason to suspect they will not get away with it, and they are less likely to try to steal from you. You can take that to the bank.